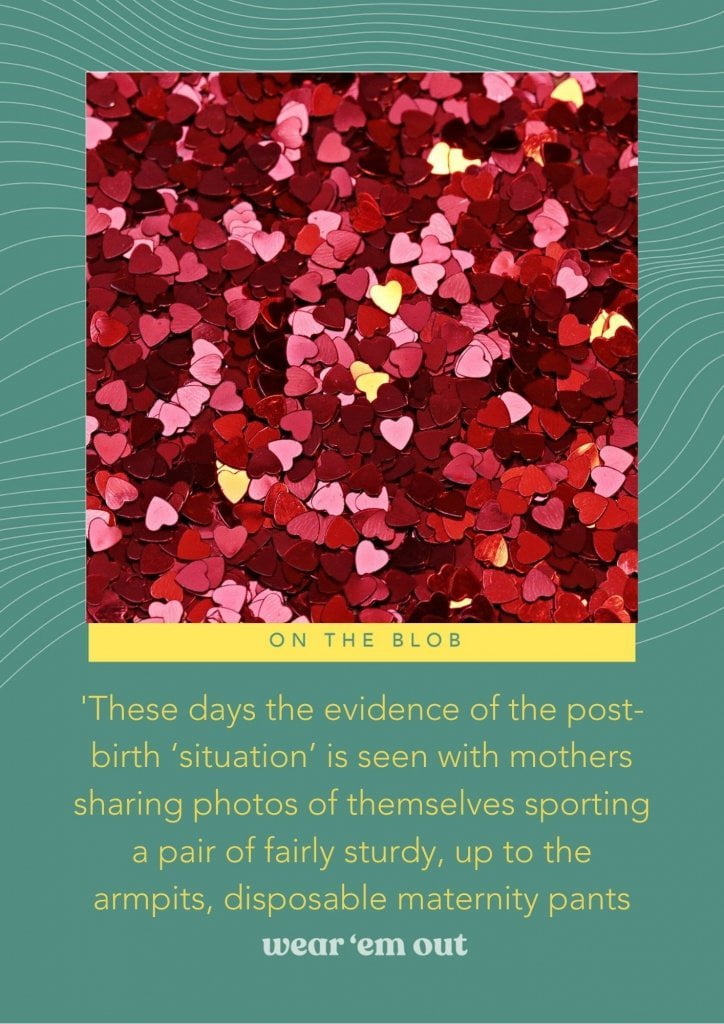 What to expect from a post-birth bleed

‘Lochia is just like your period — only heavier and (often much) longer-lasting. It also has some components that you won’t find in a basic menstrual period, like mucus and tissue from your uterus, mostly from where the placenta was attached.

The heaviest of the bleeding will last for about three to 10 days after labor and delivery, and then it should taper off to lighter spotting after pregnancy. You’ll see the difference in the colour as this starts to happen, from red to pink, then brown, and finally to a yellowish white.

Lochia should stop flowing around four to six weeks after delivery, though it can end sooner or later depending on the woman and the pregnancy.’ – whattoexpect.com

Let’s cut to the chase, there is often a fair amount of bleeding once you’ve birthed your baby, however on my fourth birth I had my placenta encapsulated (that’s a whole other blog) and my bleeding was halved!

These days the evidence of the post-birth ‘situation’ is seen with mothers sharing photos of themselves sporting a pair of fairly sturdy, up to the armpits, disposable maternity pants

When I had my kids we had hefty maternity pads (or skateboards as we called them), and I was never photographed you’ll be pleased to know (as am I) wearing them.

Another difference between now and then is that we are much more aware of the negative impact all disposable products pose to the environment with normal disposable period pads causing 200,00 tonnes of landfill waste per year in the UK alone *shudders*.

In 2018 there were 731,213 babies born in the uk, that is a lot of mothers using a lot of disposable maternity pants/pads, mothers who may not even know there’s an alternative, another option that can stand up to the job, be more friendly to both their post-birth bodies and their planet, and feel more comfortable than what is commonly referred to as the ‘adult nappy’

Our Mega-Mega Flo reusable pads have been designed with absorbency and comfort as priority with an added extra layer of smugness as they’re not being slung into landfill, win-win

We recommend you get a minimum stock of 6 pads which is why we created the Post-Birth Pack, 4 Mega-Mega Flo Pads and 2 Mega Flo, this combo will see you well on your way to a more sustainable fourth trimester, and of course you can you use them with your future periods so money well invested.

Sign up to receive 10% off your first Order and (sporadic, non spammy) emails with product updates, VIP discounts and a few wise (?) words.

x
We save your email and cart so we can send you reminders - don't email me.
×